Gender mainstreaming in the work of municipality 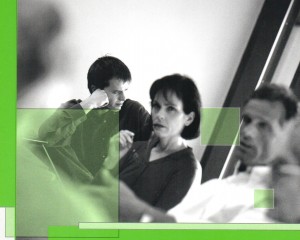 The project “Gender mainstreaming in the work of municipality, activating the work of local communities in the area of gender equality” , was held in 2004-2005. This project focused on gender equality problems at the local level and promoting the active participation of community members addressing specific community concerns. Project activities have been fostered tolerance for diversity of people , project participants are introduced to the concept of gender equality conveying a positive experience of foreign countries .

During the workshops, community members were aware of the gender equality law and its implementation that Equal Opportunities Ombudsman worked in and also of recent years statistics of Lithuania regarding gender theme. Project participants were provided of theoretical knowledge of gender representation in stereotypes , cultural assumptions of gender segregation in labour market,  economic consequences of such a process . It was a discussion of the importance of the principles of gender discrimination in education of the younger generation , which also influences the development of the community .

During the seminars were given knowledge how using a 3R approach ( which is based on statistics and their use , with further action planning) it is possible to identify the gender inequalities in the community and ways to solve them , intensifying the work of its members . Participants were introduced to the foreign and other Lithuanian municipalities experience of 3R daily work. Participants were encouraged to put theoretical knowledge in practice through collection of statistical data, with group discussion, offering  possible measures for solving problems.

Implementation of a project funded by the Ministry of Social Security and Labour and the World Bank’s Office in Lithuania .