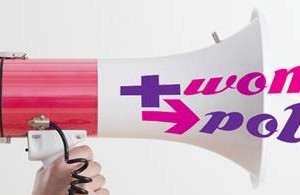 Project aims to consolidate and support the efforts of the partners in the development and implementation of multiple strategies for achieving gender equality in political decision-making and leadership positions at all levels, particularly in the EU . Also to increase the number of women (under 35 years) participating in the European Parliament elections.

In the end of 2012, the Centre of Equal Advancement along with 14 other organizations from Belgium , Bulgaria, Czech Republic, Estonia, Greece , Hungary, Italy, Romania , Slovakia, Slovenia , Sweden and the United Kingdom and their associated partners ( political parties ) has launched a project to encourage women participate in politics , with a special focus on European Parliament elections in 2014 . Project activities include an analysis of the current situation , a common strategy for the development of information and advocacy campaigns to encourage women’s participation in politics , training and giving advice to women who want to actively participate in politics, international meetings and conferences. It is expected that the project will raise the number of women involved in 2014 elections .

Project coordinator: Luden’s ( Belgium ) . The project is financed by the European Commission.