Sports, Media and stereotypes (SMS) – women and men in sports and media 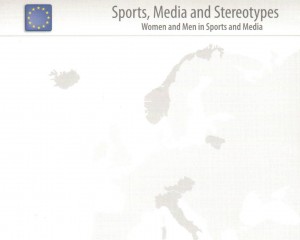 This trans-national project involves five countries and aims to examine and promote change in the representation of women and men in the sports media. The media plays an influential role in creating images of both women and men. Sports coverage in the media is in many ways dominated by coverage of men’s rather than women’s participation, which can be mirrored in the general public perception that men are active and athletic, and women, by exclusion, are not. Studies have shown that girls frequently drop out of organized sports as teenagers and this has, at least to some extent, been explained by the absence of women as role models in the sports media. This project contributes to the knowledge of representation of women and men in the sports media in Europe as it aims to promote change in the stereotypes presented of both genders in this field. The partner countries will ensure comparison between countries with different cultures, all of which at first glance, appear to have in common small representation of women’s sports in the media.

The target audience of the project includes three distinct groups:
1. Sports reporters in print and broadcast media.
2. Sports instructors at schools, both elementary and secondary.
3. Sports coaches with teams, whether local, regional or national.
The target groups have been identified because of their great impact on 1) public perception of sports, and 2) influence on girls’ and boys’ participation and retention in organized sports past puberty

2. Open workshop seminars. A transnational steering committee will be formed to lead the project. This group will meet five times, once in each country, during the course of the project to assess progress and share experiences. In conjunction with each steering committee meeting an open workshop seminar will be held, lead by a member of the national expert advisory group, where various elements and current developments in the project will be discussed. The media will be notified and invited to the seminar, as well as the target groups identified by each national partner (sports reporters, instructors and coaches, academics, students, etc.).

3. An expert advisory group. National expert advisory groups will be formed, including experts from the sports media, academia, and women’s sports in each country. The members of these groups will advise about the project issues, help to develop the training material and disseminate the project results. Each national advisory group will participate in the meeting held in its home country, in addition to working with the national partner throughout the project’s duration. All of these groups will furthermore meet twice over the project period, at the first and last meetings of the transnational steering committee, where their members will also participate in the final conference.

3. Training material will be developed using the information from the proposed comparison studies. At the conclusion of the project, each national partner in association with the national expert advisory group, will be expected to offer a pilot course in the partner country. This program will test the efficiency of the training material and how it can be implemented into everyday life. The material will be published and distributed to national sports authorities, sports universities, teachers’ universities etc. The volume of material published in each country will be assessed by that partner country.

4. Reports and website for the project will be maintained on the Centre for Gender Equality’s homepage. It will be kept available for a minimum of two years after the project’s conclusion.
Partners’ national reports will be published online in the appropriate languages and promoted by national partners.
The final report (in English) will be widely published and made available on the website.