Ways of implementing the EU directives on Violence against Children, Young People and Women: Good Practices and Recommendations 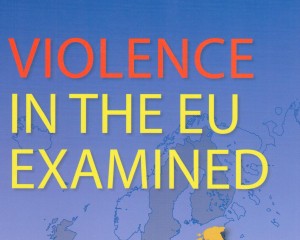 Project goal: to evaluate the process of changes in legislation considering violence against women, children and youth in new member states in the period from 1991 to 2006 and identify and explore the EU impact on the changes in the national legislation

Project activities in 2008:
• CEA completed research which consisted of questionnaire composed of 112 questions and comments. The aim of the questionnaire was to identify and explore the process of changing the legislation concerning violence against women, children and youth that has been introduced in Lithuania in the period from 1991 to 2006.The questionnaire identified the laws and other legal instruments that have been introduced and political actors that have contributed to the changes.
• In feeling in questionnaire the contacts with the Ministries of Interior, Justice, Social Security and Labor, Health, Education and Science, Department of courts, Department of Police, Office of Prosecutor General were maintained in order to obtain the necessary data and information to complete the questionnaire.
• Additionally a broad range contacts with NGOs (women, children, human rights in general) were renewed in consultation on the research questions.